Biden’s City Under the Bridge -The invasion of America 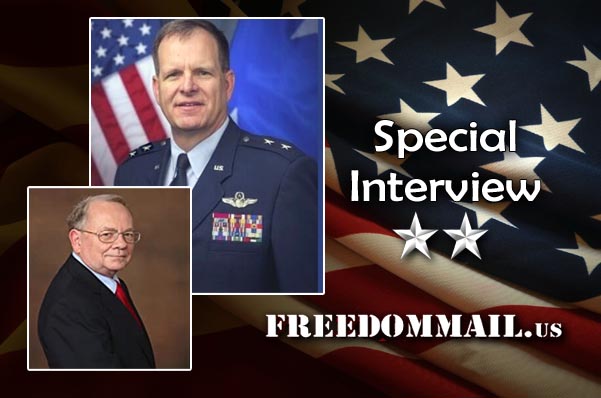 “The invasion of America

“Give me your tired, your poor, your huddled masses yearning to live free…”

This appears to be the battle hymn of the new republic. Open arms, open hearts, open borders, accepting anyone from anywhere, of any background, and with any unknown intentions as long as they’ll show up, and eventually, devotedly vote democratic out of gratitude for their new life.

Our immigration and CBP personnel, dedicated professionals protecting our borders, have now been replaced by drugstore greeters welcoming the masses to the land of the free and the home of the benefits; directing them to aisle 6 for free transportation to the new home of their choice under the cloak of darkened concealment.

Biden’s calculated “city” under the Del Rio International Bridge is now home to over 14,000 Haitians, up from 4,000 just a few days before. CBP can’t even vet or process them all – and another 10,000+ are on their way. Haiti isn’t in a major world or civil war. Political wrangling? Yes. Earthquakes? Yes, but New Orleans, California, New York, Texas – they have natural disaster victims. Where do they go?

The collapsing situation so dire, CBP has closed the Del Rio crossing, sending illegals 57 miles away to Eagle Pass, TX.

Americans must wake up to the fact we can not be the welfare office for the world. We’re the most caring, compassionate country on Earth, but, like some awakening countries in Europe, we must control our borders and our destiny, lest we lose it to those who aren’t contributors to our future.

“We must protect France from a wave of migrants”
~ French President, Emmanuel Macron

“There is no reason why an Afghan should now come to Austria”
~ Austria Interior Minister, Karl Nehammer

“If someone comes into Hungary without permission, you have to defend your country…If you would like to come, there’s a legal procedure.”
~ Prime Minister of Hungary, Viktor Orban

“All of them should find their place in the United States”
~ Croatian President, Zoran Milanovic

It appears to some, the U.S. is the de facto refuge center for the poor, oppressed, abused disadvantaged of third world countries while leaving their own nations free to grow and prosper without burdensome millions. (According to the American Immigration Council, 14 percent of the United States population is foreign-born. That’s 44.7 million immigrants, more than any other nation.)

Our border is a sieve of human tragedy and illegal trafficking. Over 200,000 migrants were welcomed in each of July and August (317% increase from last year) putting us on target for 2 ½ million illegals in a year. And not including the nearly 1,000 a day entering without being identified – the highest number in recent CBP memory.

The problem isn’t just immigrants, but Fentanyl that kills 100,000 Americans a year; women abused; children lost for lack of families; and so many dead claimed by our deserts, discarded by traffickers, they’re now referred to as “Biden Bodies.”

The liberal mindset (and excuse @ 3:33) is that these are contributors to our country, paying taxes and doing jobs Americans won’t. Fact is, most agriculture is now mechanized. And the taxes?

In 2017, FAIR’s “The Fiscal Burden of Illegal Immigration on U.S. Taxpayers” report put the total cost of illegal immigration at $135 billion a year, while claiming undocumented immigrants paid only $19 billion a year in taxes. A net cost to local, state, and federal governments of $116 billion a year.

Today the numbers are even worse.

An Obama’s White House 2016 report acknowledges that “immigration does not help the labor force participation rate of the native-born.” 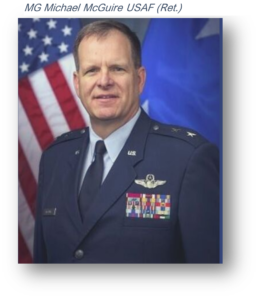 People talk about illegals’ contributions, their plight at home, positives of having compassion for them with our relaxed immigration policies. But retired USAF MG Michael McGuire’s view is more straightforward.

“Once you provide the surveillance, the manpower, the cameras, the over watch, to secure and monitor that border and make sure it’s secure, you then deal with the ‘flood.’

Dealing with the flood has to do with all the DACA kids, all the people here illegally, and my overarching comment is that if you have committed an illegal act entering the country, you will not cut the line on anyone going through the legal immigration process.

What I‘m not going to do is what’s happened in the past; we have these negotiations with the left about border security – they somehow shove it together with immigration policy saying ‘we’ll take some kind of amnesty deal in exchange for border security.’

I want to stop the ‘leak’ and then deal with the flood.

If you make a deal on the immigration side and you don’t secure the border, you’re going to encourage more illegal acts at the border.

The borders now are less safe now than when I was a kid in the 1970s.

Lack of border security and good policy is hurting our border community, affecting our commerce, our education, our opportunities for people on both sides of the border.”

General McGuire spent much of his adult life and his service in the border state of Arizona. His views come from his in-depth experience serving as the Adjutant General of the Arizona National Guard, 2013-2021, the senior military officer in the state, and responsible for managing the day-to-day activities of Arizona’s Army and Air National Guard. In addition, he simultaneously served as the Director of the State of Arizona’s Department of Emergency and Military Affairs.

He saw the immigration problems from the front lines of Arizona’s own battle against illegal immigration sending troops to its border 4 times to support border enforcement.

But the problem isn’t only gov’t policy, it’s the intervention of NGOs and groups pushing their politicized agendas. 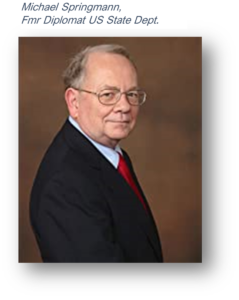 Michael Springmann, former U.S. Diplomat in Jeddah, Iraq, and in charge of the Middle East visa program, told this writer that he would get instructions with “a smile and a wink” to pass individuals through without vetting. “Just give them the visa and the right to enter the country – no questions.” That’s how the blind Sheik in the ‘90s got in.

The same scenario continues today. An NGO called ICE to let a criminal alien from Mexico in custody go free with authority from “up the line.”

And we know that Afghans are not being truly vetted before entering this country. Authorities admit it’s not possible to vet tens of thousands in a day or two.

General McGuire warns that “As a military man for 34 years, I’m very concerned about them [Taliban] looking to exploit our southern border.”

This assault on our sovereignty continues: surrendering our society, diminishing our rights, and threatening our economy; putting us in danger.

We must revisit our views and acceptance of this blindly conceived attitude toward open immigration and take steps to hold our “leaders” accountable for the costs… and ultimate results.

For those in Arizona, Michael McGuire is running for Arizona’s U.S. Senator and, as a strong constitutional conservative, deserves your consideration and vote.

To learn more of the shortcomings of our State Dept., the CIA, and the dangers they promote, read Michael Springmann’s many books including,  “Visas for Al Qaeda: CIA Handouts That Rocked the World.”