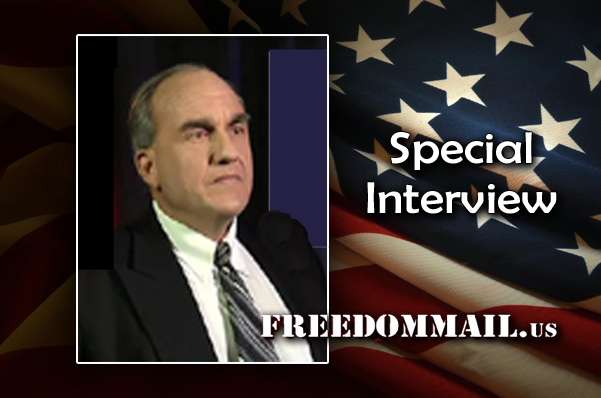 America’s position in the world is on full display; embarrassed and diminished by treasonous people elected to “protect and defend.” The thin line between political incompetence and treason is tested with every revolution of the earth.

In light of recent Russian activities and testing, America should be considering our position in the nuclear food chain, preparing against those who believe “Ad mortem inimicus.”

The first tenet of federal government is to protect its citizens, defend the homeland, and create a safe haven for our right to live in peace, prosperity and security. Instead, an openly blatant agenda that fosters vulnerability exists that should alert every inhabitant of our land.

This writer has previously recounted the game plan of our enemies in preparation for war. But it’s the resistant forces within that need to be recognized and dealt with to reestablish our prominence on the world stage of conflict; they make us vulnerable.

President Obama eliminated our navy’s nuclear-armed SLCMs, called the Tomahawk. While decades old and beyond its design life, was a step toward his goal of “a world without nuclear weapons.”

President Trump authorized the Navy to design and develop the new SLCM-N to replace the Tomahawk, alas, now canceled by President Biden. He ignores protests from the Pentagon, including the Chairman of the Joint Chiefs of Staff, that the new cruise missile is essential for nuclear deterrence. 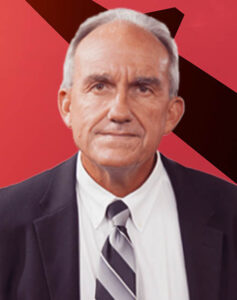 Dr. Peter Pry*, a respected authority on America’s nuclear defenses reminds us, the SLCM-N would restore tactical nuclear capabilities to U.S. Navy attack submarines and surface ships, helping offset an imbalance that exists with the Russian Navy – heavily armed for winning a nuclear war at sea.

The B83 Nuclear “Bunker Buster”

A classified version of the Administration’s Nuclear Posture Review plans to eliminate the B83 nuclear bomb—our most powerful weapon of nuclear deterrence. This overrules STRATCOM Commander, Admiral Charles Richard, the officer in charge of the U.S. nuclear deterrent, who specifically requests the B83, designed for delivery at low-altitudes and supersonic speeds, it’s necessary to penetrate increasingly formidable air defenses.

The B83 is the only U.S. nuclear weapon capable of generating a sufficient power with any realistic effect against deep underground military command posts, missile tunnels, and other targets in Russia, China, North Korea, and Iran, and the only remaining U.S. nuclear weapon that is megaton-class.

America hasn’t tested a nuclear weapon since 1992, nor designed or developed new nuclear weapons in unilateral compliance with the unratified Comprehensive Test Ban Treaty (CTBT); a bright idea of President Clinton and anti-nuclear ideologues dominating a radicalized Democrat Party, leading us toward a “non-nuclear world.”

Instead of underground nuclear testing, CTBT requires the U.S. to use computer models, inspections, and engineering judgment to endlessly repair its aging nuclear weapons; work done by scientists who have never designed or tested a nuclear weapon.

— “Virtually no comparable data exist on the nuclear performance of stockpiled weapons in their current state.”

— “The history of testing complex systems, nuclear and nonnuclear, is punctuated by unpleasant surprises.”

The U.S. Defense Nuclear Agency (DNA) was the Defense Department’s chief steward for ensuring U.S. nuclear weapons were safe, reliable, and effective.  The Clinton Administration abolished the DNA, which, when combined with the CTBT, began the long spiral downward of U.S. nuclear deterrence while our enemies continue testing advanced nuclear weapons.

–“America must resume underground nuclear testing immediately. The very existence of the United States may well depend upon it.”

–“How we stand today; No U.S. nuke has been tested…we cannot be sure they will work.  Every weapon is years beyond the end of its design life.  Designed for massive destruction, our arsenal is unable to deter most of today’s nuclear threats. Recovery will take a decade.”

–“We’ve done no research in advanced nuclear technologies; our adversaries are decades ahead of us.  Our scientists, designers, engineers, and production managers have no experience.  Our testing facilities, and knowledge, are virtually non-existent.”

–“For the Energy Department, the highest priority is testing the principal deployed warheads of our strategic deterrent (W76, W78, B61 and so on) to ensure reliability.”

Moscow and Beijing have conducted low-yield underground testing; the U.S. has observed a 30-year moratorium.  By cheating on arms control, they have achieved a great leap forward in design and sophistication of their nuclear weapons; the U.S. lags behind.

Russia’s nuclear arsenal includes an array of “Third Generation” advanced nuclear weapons: Ultra-low-yield for tactical use by land, sea, and air forces; weapons that produce little or no radioactive fallout; warheads for specialized effects like neutrons, x-rays, and Super-EMP weapons that can blackout a continent.  Even China and North Korea have Super-EMP warheads; the U.S. has none of these advanced nuclear technologies.

President Biden’s cancellation of SLCM-N and B83 weakens the U.S. nuclear deterrent at both ends of the deterrence spectrum (tactical low-yield weapons and strategic high-yield weapons) at the worst possible moment:

Cancellation of SLCM-N and the B83, combined with delays in testing strategic systems, looks like appeasement and surrender to Russian nuclear blackmail.

As the world moves closer to nuclear conflict, an EMP/Cyber World War is even more proximate. Raytheon’s warning? America is behind at least 3 years in development of strategic defensive nuclear weapons.

Our Strategic Defense Initiative (“Star Wars”) is the only realistic technological pathway to render nuclear missiles obsolete. The SDI project Brilliant Pebbles could be resurrected, and 1,000 space-based anti-missiles deployed in 5 years for $20 billion.

The most important point to be made is that the current administration must recognize and prepare for the dangerous enemies at hand. We don’t live in a fantasy world where ideological opinions matter – only reality will protect and keep us a free country.