The Final Headline Is…

It’s been said that you can tell a country by examining its prison population. Considering the fact that many of America’s criminals are still running loose and holding public office, I thought maybe I’d turn to the media and see what is being reported or promoted by the press in this country for either amusement or profit.

This writing will be short as I think the headlines themselves tell the story of the general mindset and moral and social direction of this country. Make your own decision.

I’ve concluded that either the media has become overly injudicious, is insentiently blind, disinterestingly unaware or even criminally complicit in the destruction of the intelligence of the population. It’s hard to know as there are so many blatant disregards for truth and reason AND YET… in some cases they are reporting it as it appears to be – possible terrible occurrences.

As I looked through, I did not try to ferret out the worst or most absurd. I didn’t cherry pick but I just found them as they appeared on my screen through general news feeds over a course of a couple weeks. Again, make your own decision.

One might conclude that the US and the world have all gone mad or… sensationalism is rampant and does in deed sell more ink. Hard to tell but I would like these headlines replaced by those of 40-50 years ago when our concerns were more with real Hollywood stars and movie hits, scientific and medical discoveries, trips to the moon, and more positive and socially redeeming subjects.

The world has certainly changed and the headlines with it. We find that murder has become not only acceptable but fashionable. Presidencies are not engaged in protecting and managing the country but controlling and manipulating the populous, seemingly for personal power and gain.

Everything in our lives has come under the headline of “racism,” “disadvantaged,” “passed over,” “ignored,” or “disregarded.” As a current example I went on the web and just found the first headline to pop up (3/18/14):

The face of courage: President Obama to award 24 Medals of Honor

“24 true tales of bravery and heroism that will be honored today when President Obama awards two dozen Medals of Honor to 24 Army veterans — mostly Jewish, Hispanic or African-American — who fought in World War II, Korea and Vietnam. The Tuesday ceremony follows a congressionally-mandated review to ensure that eligible recipients were not bypassed due to prejudice.”

Now, everyone who serves is a hero; however, were these patriots really passed over for their ethnic roots? Were these brave souls’ heroism inadvertently missed decades ago through clerical, reporting or other reasons that disallowed their recognition? Or is their contribution to our freedom being just now trotted out on display for the “equality” and “multiculturalism” banner of our current socialist organizer?

This program was started by congress around 2002 but I wonder if its timing has come to fruition to support sinking poll numbers, to further divide us, or truly recognize heroes of our past. I just ask the question. 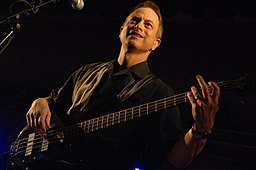 is indicative of the overwhelming press that people are exposed to, it’s hidden on a page under the fold of text, covered up by the notices that “Larry Basich did what he was supposed to under ObamaCare but is now stuck with $407,000 in medical bills”, or “The Net Is Dead, as the US government to ceded its last bit of control over the Internet followed heavy pressure from foreign governments.”

Have we all gone nuts? Are we all living a bad nightmare as expressed by the words of the headlines or are we just being lied to, manipulated or coddled while Jay-Z and Beyonce’ continue their trips to the bank with the money of kids looking for mental solace and all really is well with the universe? Move along people, there’s nothing to see here.

I guess I should be glad I found some consoling peace in less dangerous headlines of; “Scott Baio’s comedy show cancelled,” or “Beastie Boys reach settlement with toy company” or even that “Mr. T to be inducted into WWE Hall of Fame?”

In reality, the positive, successes of the past seem to be just that… in the past. What was the last medical breakthrough you heard of? What was the last real personal success story or “good news Joe” who raised $20 million for cancer? Oh, we’ll see the Jerry Lewis Telethon in another 6 months but shouldn’t we be living in a fun, positive and contributive world more than once a year?

Are we in fact reading the truth of how bad the world is and we should all find a hole with food and water supplies; enough ammunition to protect our family till our own canned tuna runs out?

Absolute power may corrupt absolutely but I think that negative news affects us all negatively and we need a more positive direction, a more uplifting and forward growing nation with leaders that are here to lead and produce – not control, divide and be the down turned rheostat on our God given right to happiness.

Here’s to the fun and funny, hard hitting but encouraging Ronald Reagans of the world and others who seek truth and work toward a more positive, quality, valuable life for everyone.

And God bless Gary Sinise for the good works and all like him who make a difference.

America’s final headline has yet to be written and only time will tell us what it is…. and when it’s published. Time in here to get out your own pen, go out and make your own headline.

I continue to ponder the possibilities.