“The Black Sphere of Influence with Kevin Jackson Part 1”

Kevin Jackson is a nationally recognized rising star among young conservative thinkers, writers, and political commentators. A Fellow at the Robert J. Dole Institute of Politics, Kevin is a highly sought-after speaker who offers a rare blend of intellect and humor. We thank him for the opportunity to discuss his views on America and our current players in the race game.

Kevin is a father, author, and conservative talk-radio host of “The Black Sphere.” He’s authored the bestselling book The BIG Black Lie and takes a no holds barred approach to politics and current race relations in this country. His latest book, Race-Pimping, exposes the tactics of the Left to fleece America. Called the “valedictorian of the graduating class of political pundits” and “the most fearless man in politics”, Jackson tackles the race-pimping head on.

“Everybody knows that race relations have gone in the toilet since Obama took over,” said Jackson in a recent interview with WMAL’s Larry O’Connor. Race-pimping has cost America TRILLIONS of dollars, as there is fantastic amounts of money in guilt. Politicians line their pockets and those of family and friends, while delivering little to nothing to their constituents or the community at large.

RB – You say that “What you learn about America is people are a lot less interested in race than they are in character.” I remember growing up, we all had black friends, Hispanic friends, and even the best Polish jokes were told by a Polish kid in grade school. We were all friends, growing up, fighting in the school yard then running out to play football together in the lot. We were people not colors. No one really cared. Even today most do not really care and yet…Who changed our mindset?

KJ –  I was influenced by Reagan, politically. But my biggest influence was my older cousin who is like a brother to me. He challenged my thinking at an early age, and forced me to pause before answering. I speak a lot of him in my first book, The BIG Black Lie.

RB – As we got older, we saw that people have control over our jobs, our lives and character did start to matter more, but we’re constantly pulled back to race. Why is that? 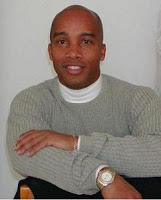 KJ –   I’m not sure, but the problem with life is control. When we control our destiny, government is small and relatively meaningless in our lives. When we work for others, we find government growing, and a bigger part (nuisance) in our lives. This is why government hates entrepreneurs, ergo small business. They act like they like it, but they don’t. Government like big business, as they are (1) too big to fail, and (2) easier to extort. Business in America is no longer about capitalism and free enterprise, but about social engineering for the “greater good.”

RB – Society is more and more at a racial crossroads like we haven’t seen in 50 years. People who aren’t even racist are confronted with making daily judgments, possibly decisions, based on situations of race which… affects them. What responsibility do leaders like Obama, Holder, Reid and others bear for the current distrust, violence and growing problems?

KJ –  First, Obama, et al are not leaders. These people are charlatans of the highest order. Obama could have quelled racial tension early on by telling black Liberals that his election doesn’t allow for lawlessness. That blacks will be expected to be BETTER, and he will provide the inspiration and tools for such. Instead, he gave black Liberals a pass, and they have taken it. More ignorance today in the black community than in a decade of the 1950s. Lawlessness, Godlessness, combined with little to no initiative to better oneself. The least safest place for a black baby is in a black woman’s womb, and the least safe place for black people is around other black people.

RB – You made it from a poor upbringing into success with your business activities, your very successful radio program, books and the growth of your radio network. Is Kevin Jackson a super intelligent lucky guy? Did society make all the pieces fit just right, or is it the true nature of someone to find a dream, work hard and put the puzzle together for themselves that brought you what you sought in life?

KJ –  I am the product of a lot of things. I detested poverty. I saw the life of the rich, and I wanted it. I detested ignorance in life. If you want something, learn it, then excel at it. I developed a “can do” attitude, and had to overcome a lot of demons to become successful. I guarantee you there is no “fit” that I would recommend from my life. Losing my mother at the age of 5, and a father who was in prison most of my life doesn’t make for the typical success scenario. Thankfully, I had loving grandparents who stepped in, and they taught me how to recognize dysfunction.

RB – In the 70’s when I was in my 20’s, I was fortunate enough to have a great friend and business partner in a LA recording studio and Bobby was probably the top studio music of that time. I would go with him to record, movie and commercial recording sessions and a great percentage of the musicians were black: the best of the music scene with world renowned names and there was comradery, a unity and friendship between everyone. Never a hint of racism or envy, entitlement, discomfort, even when I was the only “white guy in the room.” They had all worked hard and achieved and were there for the common goal of a great recording. Racism – in whatever form – seems to have worked its way into our daily lives and work, people watching out, wondering, “aware” and things don’t seem as natural as they once were. I recount this because in talking with these people over the years and observing that so many singers “started their careers and lives” in the choir, it was hard to find musicians that didn’t get their upbringing in church with family, deep religious values and drive. Why has the black community (and certainly the white community as well) lost its direction?

KJ –  Music, sports, and things like that tend to erase “race” from the discussion, because either you are good or you are not. Musicians don’t want to work with BAD musicians, and color is not a barrier. If a bad ass white guy can play sax that will make you cry, then he’s in the band. Meritocracies are what built America. The best proved themselves, and color didn’t matter. We are no longer focused on the best. Everybody gets a trophy, and we want nobody to suffer. In suffering is genius.

RB – Do the “reverends” Jackson and Sharpton diminish the connection between a good productive life and the perception or the role of the church?

KJ –  Those two have hurt the church, but not enough to say they destroyed religion in blacks. That said, black people are not nearly as religious as we once were. Black Liberals are religious frauds. They go to church, but ignore the teachings of the Bible, and denigrate themselves, ergo God.

“As early as 1982 Jackson launched a boycott of Anheuser-Busch because it purportedly did not have enough black-owned distributorships nationwide. The beer company eventually contributed $510,000 to Jackson and established a $10 million fund to help blacks buy distributorships. When Jackson’s two sons (Yusef and Jonathan) purchased a River North distributorship in Chicago for an estimated $30 million, Jackson dropped the boycott and became the company’s best friend.”

RB – With the Sharptons and Jacksons of the world who benefit from and constantly promote the idea of black victimization, who, today, is on the other side promoting the worth of black America, their hidden potential and helping with a path to real success

KJ –  People like Ben Carson, and other black Conservatives are the anti-Sharptons and anti-Jacksons. No one person has taken the mantle of Dr. King, but collectively we should.

“Anheuser-Busch gave him six figures, Colgate-Palmolive shelled out $50,000 and Macy’s and Pfizer have contributed thousands to the Rev. Al Sharpton’s charity.”

RB – Does the breakdown of the black family unit – as evidenced with nearly 74% of births out of wedlock – play a role without the stability and cohesiveness of the closeness young people need?

KJ – No doubt. The family is THE most important thing in a child’s life. Because the outcome is gradual, people downplay the importance. Liberals hate family, because family is a “conservative” value. Liberals “create” families with loose associations, and then pretend they don’t need real mothers and fathers. That’s why Liberals are disturbed, and unable to deal with life much of the time, High rates of drug addiction, suicide, sex industry, etc.

RB – And how does the black, as well as the white, community get that back? More money thrown at it? Better education? More social programs? Job training? We know that incarceration is not an answer to correct the root causes, only punish temporarily the outcomes.

KJ –  We need a complete overhaul of the education system, and other social entitlement systems. We must create an environment tuned for success, not the safety net of mediocrity, and government programs. My biggest fear every morning is not doing enough to pay my bills. That’s also my biggest thrill when I do. It’s the fight that hones my skills, particularly my mind.

RB – You’ve worked hard to provide for your own four sons, but will they face influences that could alter their bright futures, are there overwhelming forces that will attempt to pry them from their upbringing to follow different, more destructive paths?

KJ –  Three of my sons are men, and they are successful in their own rights. Great men of whom I am very proud. My youngest son is 9, and he will be stellar as well. Good parenting, and constantly giving lessons is how I avoided my kids in prison or dead. Teaching them how to think, to assess, and to never give up on themselves is a key as well.

Read more in Part II coming up within the week.

Learn more about Kevin’s program, The Kevin Jackson Show through his websitewww.TheBlackSphere.net  and check out his two hot selling books on Amazon and Amazon