We’re reaching a time when Americans have to get more serious and involved. Involved in being more educated and aware of forces within, and more involved in local, state and national elections – because they do have consequences.

I turned to two patriots for their input from the Center for Security Policy and Citizens Commission on National Security. Two distinguished military officers who have the background and current involvement to look at America and what would make it great again.

He retired in 1992 from the US Army as Deputy Commanding General, US Army, Pacific. He graduated from the US Military Academy at West Point and is also a graduate of the Infantry School, Ranger and Airborne Schools, Jumpmaster School, the Command and General Staff School, The Industrial College of the Armed Forces and the Army War College. His combat service in Vietnam (2 combat tours) included positions as infantry company commander, intelligence officer, operations officer, military advisor and aide-de-camp. He has over fifteen (15) years’ experience in Special Operations, Psychological and Civil-Military Operations.

He has served on US security assistance missions on civilian-military relations to Europe, Japan, Korea, Thailand, Syria, Iraq, Kuwait, Turkey, Israel Indonesia and Central America. He has served as a consultant to the Commanding General of the Special Operations Command as well as the DOD Anti-Drug and Counter -Terrorist Task Forces. He also designed and developed the Host-Nation Support Program in the Pacific for DOD and the State Department.

General Vallely is a military/national Security analyst and guest lecturer on National Security, international political, economic issues, strategic planning matters and the Global War against Radical Islam and other threats to America. He and LTG Thomas McInerney authored the book, “Endgame” – Blueprint for Victory for Winning the War on Terror”. He was the senior military analyst for the Fox News Channel from 2001 -2008. 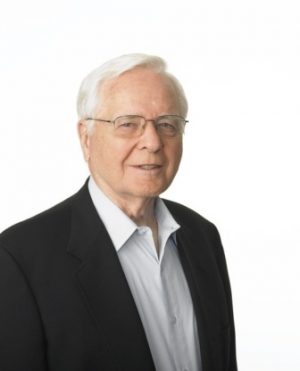 RB ~ Where are we in America right now?

A ~ “America First” and “Make America Great Again” citizens strongly believe that life, liberty, citizenship and the pursuit of happiness are the unalienable RIGHTS of every American Citizen that cannot be taken or transferred. However, “We the People” must become brutally frank and honest with ourselves and with each other to ensure the Constitution survives. The Constitution requires that all laws must be faithfully executed, but far too many are not and have not been adhered to, specifically by the Deep State (The Swamp), DOJ and FBI as recent revelations and investigations have revealed. Nor has the Oversight Power of Congress and the Supreme Court been exercised to ensure Leadership enforcement of United States laws. The Republic must be restored and preserved in its original ordained Constitutional Power.

KEY NATIONAL ISSUES that must be solved if the separate and collective States of The United States of America are to become economically solvent, remain peaceful and nationally secure are:

The Constitution of the United States, as originally established and amended, will remain in absolute and total effect. The original XIII Amendment, as written and ratified, is an operational Amendment and will be adhered to immediately. (The original XIII Amendment was falsely hidden by less than honorable men of the times). Congress shall make all laws necessary for carrying into execution the Powers authorized in the Constitution and that all bills for raising revenue shall originate in the House of Representatives. Constant Congressional leadership oversight will always be maintained. All Laws requiring Executive action will be faithfully executed upon receipt from Congress by the President and appropriate departments and selected agencies of Government under the President’s sworn responsibility and authority.

RB ~Can and will our constitutional republic survive?

A ~ When we fail to recognize the enumerated powers endowed to our respective branches of the federal government – Article I (Legislative), Article II (Executive), and Article III (Judicial) – our republic is threatened.

RB ~ And what about our current education system?

A ~ At the end of the day, when your children come home, ask them a question, “What did you learn in school today?” If they were not taught about our Constitution on Constitution Day (September 17th), chances are they will never be taught it. We certainly know this is the case on our college and university campuses. The failure of our education system, rather indoctrination, is that we no longer teach civics. We are not enabling future generations to comprehend the system of governance that was established 232 years ago in Philadelphia. If we do not teach the writings of those whom our Founding Fathers read – John Locke, Montesquieu, and others – to establish this nation, then we have no concept of natural rights theory, unalienable rights from the Creator, three co-equal branches of government, or checks and balances. If there are those who embrace the notion that our rule of law, our Constitution is just a recommendation not to be heeded when confronted by their ideological agenda, then unequivocally no, we will not keep this republic. America is the longest running constitutional republic the world has ever known. We are losing our Republic because we are not teaching its merits to subsequent generations. There is a reason why we should carry a pocket Declaration of Independence and U.S. Constitution.

RB ~ Adolf Hitler said, “Demoralize the enemy from within by surprise, terror, sabotage, assassination. This is the war of the future.” Are we seeing that today?

A ~ The words of a famous Statesman: – Marcus Tullius Cicero

“A nation can survive its fools and even the ambitious. But it cannot survive treason from within. An enemy at the gates is less formidable, for he is known and carries his banner openly. But the traitor moves amongst those within the gate freely, his sly whispers rustling through all the alleys, heard in the very halls of government itself. For the traitor appears not a traitor; he speaks in accents familiar to his victims, and he wears their face and their arguments, he appeals to the baseness that lies deep in the hearts of all men. He rots the soul of a nation, he works secretly and unknown in the night to undermine the pillars of the city, he infects the body politic so that it can no longer resist. A murderer is less to fear.”

We Americans have solutions to this dilemma and should pursue them to restore our Constitutional Republic. In Congress, we see weak, cowardly leaders who fail to stand up to represent what citizen voters want. Thank God to the new leadership in Washington, our country is rebounding. Are you frustrated with American Politics? We are consumed with politics each day through the media – there is another world out there! The socialist Democrats are attempting to finish the political message of Barack Obama “there is a fundamental change coming to America”. A major change was the objective of Obama’s vision and as we witness today, it was not in the best interests of our country and the Constitution. Republican political elites (RINOS) and middle-of-the-road Independents are mostly meek and have very little fight. “We the People, for the People and by the People” must stand and fight to save our Republic before it is too late.

If you care about our country, your children’s future as well as your own, you must get involved! You must do your own research! Do you know what is expected of you to help preserve these rights given to you by the Founders? Get to know the facts to develop a mindset. You will then be a better citizen of our country. If voting citizens acquire the necessary wisdom rather than blindly following partisan political parties, they will serve our country in a more responsible way!

RB ~ And what about the upcoming midterms elections?

A ~ American voters can control the destiny of The United States of America by their vote. Your vote, when combined with all other voting “American First Citizens”, will decide the future of this Nation. Today, we are marching to a new “Path to Glory” for our country much as our founders and ancestors had to do. We must continue to be good and responsible citizens and rise above partisan politics and political parties. We must face the future through a reality prism – not a political prism. We must restore this great country, our Republic and the Constitution. The challenge ahead is to select common-sense leaders who understand the challenges and have the vision to lead us to a secure America.

We thank these two patriots for their views on making and keeping America great. It’s really quite simple: We’re at a time when everyone’s involvement in our country is paramount and without knowledge, action, we’re doomed to succumb to the resistive internal forces of evil.

“Our strategy is to destroy the enemy from within, to conquer him through himself.”   ~ Adolf Hitler