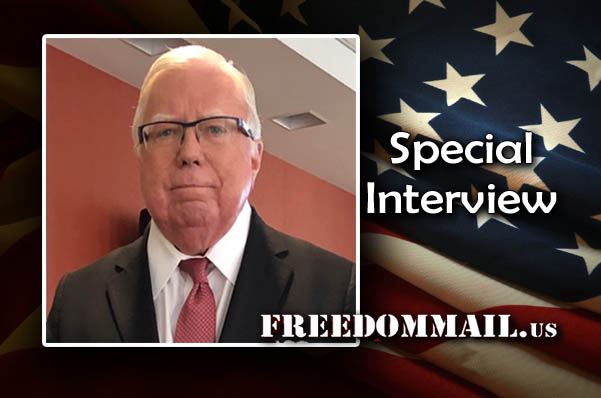 2020; “The year of the virus.” Possibly the year of the scam. Or worse yet…. The year of the test. There is no doubt that when “experts” walked into the oval office and apprised President Trump that millions were going to die, it was a sobering moment. An instant reflection of 1918 mixed with thoughts of the present, the future, the possibilities of bad decisions, and panic.

Yet, in typical Trump style it became the start of resolute thinking, planning, of options and strategies; Solve the problem, improve things, move on.

Obvious, immediate realities overshadowed the unknown. Did these “experts” really know what they were dealing with? Were they operating from facts and “national well-being” or motives of personal agendas and profit?

The drama of daily discussions played out on the White House briefing stage. We saw stories change; Don’t wear a mask – wear a mask. Clean and don’t touch surfaces – well, you probably can’t really catch it from surfaces. Lockdown, stay home – no, get back to work. Did these pundits of political propriety really have answers? Or just guestimates?

And, as many would like to ignore or dismiss as conspiratorial, was this a test run for future viral invasions? It’s times like this that we turn to those who investigate, who research and analyze for facts and hopefully truthful answers to the problem. One such resource is Dr. Jerome Corsi, Ph.D.

A New York Times Best Selling Author, Dr. Corsi investigates many subjects; their good and bad aspects, and then presents conclusions for consideration. Some question, some disagree, some support but facts are facts and particularly, in this case, supportive worldwide experts agree.

A NOTE: Some of this may seem technical in nature however, expressing in-depth research is needed to explain the facts and justify the logic behind, what could well be, our worst pandemic ever.

RB ~ Dr, Corsi, you’ve been known for years as a political writer, and your books have dealt with administrations or their problems. Now you’ve veered off a bit into a more medical arena, a virus venue. How is that working out, and why did you make that step?

JC ~ First, I’m not a medical scientist, and virology is a new field for me, but it’s the politics we’re dealing with here. The area of national shut down, which has never happened in our history before. We have gone through World Wars and we didn’t shut down. And now we get a virus and we lock down the country – the economy. So simply, it is a political issue, and I got interested in it really because of the political implications. To understand it, I had to start reading and understanding the medical science and the terms. And I read a lot about virology.

I’ve gotten enough to really understand the basics of what I’m putting together, I’m getting it confirmed by the people who are medical scientists or virologists. So, because of my perspective as an investigative journalist, I’m coming up with things and insights that they may not as easily get.

When I found all of Fauci‘s patents, I began to look at all of them and reverse engineer them myself and say, if we’re going to look at these formulas to create a really bad virus, what would they come up with? And with COVID-19, I realized, well, maybe somebody did reverse it and there may be more going on here than we understand.

But when you take these two or three elements that you’ve got here in the Coronavirus you’ve had a very deadly combination of attacks on the immune system – an AIDS-like attack, and the SARS attack on the lungs that’s coming next….. well, we’re in a lot of trouble.

What did I do next? I started exploring Hydroxychloroquine and I was realizing how it worked. It seemed not to just be magic, but it had the action on the cells that basically protects the RNA so they didn’t replicate the virus. And of course, Fauci wants there to be a vaccine and make billions, but there will not be a vaccine for COVID. There has not been a vaccine for the common cold or HIV after decades. These vaccines do not work against mutating viruses like HIV, or the SARS, which is exactly what COVID is. And I’m saying that the idea to wait for the cavalry to come over the hill with the vaccine is complete nonsense.

RB ~ A lot of people believe this whole virus attack either started out to be… or became, intentional. Unfortunately, it made President Trump look bad in some ways because was given bad advice.

RB ~ When you start talking about “COVID-20,” are people looking at it as conspiratorial and giving you pushback, or are you finding support?

JC ~  I think there’re a lot on the side of the community that are taking it very seriously.  I’ve gotten very little pushback on this one. I know a lot of the media don’t want to give me any attention at all, so they ignore me.

They can’t refute what I’m saying because I’ve got the medical signs, It’s scary when you think about it. 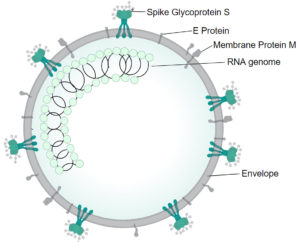 I’ve done the work, and now, I have produced what I consider to be COVID-20 research that’s coming down the pike, and it will be out of Fauci’s patents. He lays the blueprint out for it and I think this will be the killer, the killer COVID-20. and Fauci has warned now, “it’ll come by the end of the year.”

My independent work and Intelligence say that it will come in September, and I put it on my website CorsiNation.com, which I’m calling COVID-20,  I’m showing people exactly how it will be made and virologists around the world are saying that this is quite possible, it’s getting the highest level of attention in the US government and US intelligence right now.

I have not seen anybody dispute it. What I’m saying is the COVID-20 will take the current COVID as one element and has HIV AIDS built into it already,

This is just the beginning of the topic of COVID-20 and the devastation it could bring.

It is hard for people to comprehend that there are those in power who seek to reduce the world’s population through such means but Bill Gates has openly talked about reducing it by 10%, Obama’s Science Czar, John Holdren has written of the possibility of adding a sterilant to “drinking water or staple foods.” Ultimately, they decided that the risk of side effects “would, militate against the use of any such agent.”

Money and power are used for devious purposes and the agendas of those with both express their desire to keep both – by any means possible.

In part 2 we look more in-depth at the coming virus, the misconceptions of the CDC, NIH, Dr. Fauci’s COVID patents, and an online solution to prepare and combat the virus which could kill 25% of the world’s population.

All opinions expressed are those of Dr. Corsi and any medical advice given is for informational purposes only. For further information on this article, visit CorsiNation.com