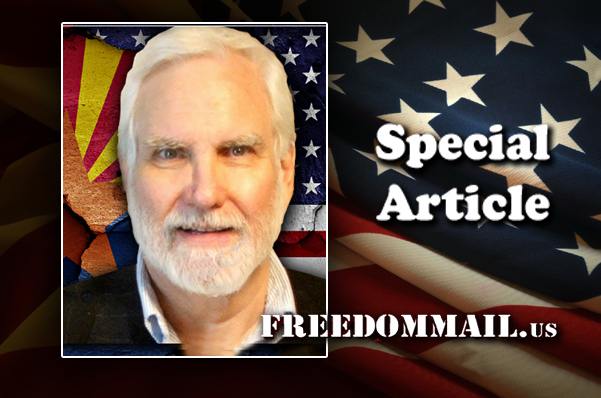 America 2020 – To God or Not To GOD?
The basis for the foundation of our society, our governance revealed

Our founders had their very solid and strong beliefs and weren’t afraid to express and document them.

Benjamin Franklin – Signer of the Declaration of Independence & Unites States Constitution
“Here is my Creed. I believe in one God, the Creator of the Universe. That He governs it by His Providence. That He ought to be worshipped.”
“As to Jesus of Nazareth, my opinion of whom you particularly desire, I think the system of morals and his religion, as he left them to us, is the best the world ever saw, or is likely to see.”

Samuel Adams – Signer of the Declaration of Independence and Father of the American Revolution
“And as it is our duty to extend our wishes to the happiness of the great family of man, I conceive that we cannot better express ourselves than by humbly supplicating the Supreme Ruler of the world that the rod of tyrants may be broken to pieces, and the oppressed made free again…and speedily bringing on that holy and happy period when the kingdom of our Lord and Saviour Jesus Christ may be everywhere established, and all people everywhere willingly bow to the sceptre of Him who is Prince of Peace.”

James Madison – 4th U.S. President
“A watchful eye must be kept on ourselves lest while we are building ideal monuments of Renown and Bliss here we neglect to have our names enrolled in the Annals of Heaven.”
Rev. John Witherspoon, president of Princeton University when James Madison graduated wrote:
“Cursed be all that learning that is contrary to the cross of Christ.” [Can you imagine such writings in liberal academia today?]

Add to the above even more words, references, and beliefs from:

These men, while religious in their core beliefs, also knew that a governing body should have no demands on its citizens to worship a particular way other than to hold principles of value that enhance the lives of all men. Principles we have been losing through the social evolution of more recent times.

The 1960s brought its “social freedoms” of drugs, sex, and rock and roll. And the “right” to do as we wish personally without regard to man’s or God’s punishment or consequences. These are seen in the basic principles and actions of our past president and his selected team of “social sovereigns” – ideals born in the 60s with views and actions toward man and not God. Even belittling or denying God.

People believe in many paths to God as is their privilege. So much a civil right that our founders established its steadfastness in the First Amendment to the Constitution: Two rights in fact.
The first part being known as the “Establishment Clause” which prohibits the government from establishing an official religion or showing preference of one over another.

The second is the “Free Exercise Clause” which prohibits the government from interfering with a person’s right to practice his or her religion. Religious freedom is an absolute right guaranteed and without government control, however, this has been boldly abused lately and with constitutional disregard.

My reasoning behind this exercise in history is straightforward: To show that we have been drifting knowingly and deliberately, dangerously away from the basis of our foundation and the beliefs of our founding fathers which served us well for nearly 200 years – until modern society decided it knew better. And thankful we should be for a current president who values the presence and need for God in our lives and our governance.

The concept of being a Christian nation is not limiting, not controlling, or demanding of anyone to believe in a common path to heaven. Nowhere is it found that our founders expressed a Christian point of view for this purpose but yet, a set of values that guide our lives and actions toward others and we are losing them. They talked of these principles in terms of freedom, charity, law, liberty, kindness, and duties of good citizenship.

Many will say that our founders were Deists and not Christians, but Deism is a position that God does not intervene in the “natural world” but allows it to run according to the laws of nature. I think one can clearly appreciate that our founders believed that God held the power and set the rules for a life above and beyond our mere existence.

As we embark on this new presidency, a future of questionable “retainment” of rights, freedoms, and ability to live and enjoy in our personal and yes, our religious lives, seems to have been answered. It’s important to recognize the past eroding of these rights; one by one – little by little. When government can dictate to, and demand of, established religions a change in their belief system to fit “changing social values,” – can other more diabolical intentions be far behind for the betterment of a society gone askew from God hiding in the hallowed halls of injustice? 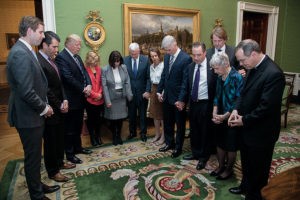 As Thomas Jefferson said, “God who gave us life gave us liberty. And can the liberties of a nation be thought secure when we have removed their only firm basis, a conviction in the minds of the people that these liberties are of the Gift of God?”

I sincerely take this not just as Jefferson’s belief, but a warning lest we remove God from our lives and society. And aren’t we daily doing just this?

With our current president, we’ve seen a change in the acceptance of God in our halls of governance, and prayer by our leaders…. it’s back.

America is a unique and well-founded country that had everyone’s best interest at heart without the need for changing its core beliefs; unlike a rant by CNN’s Piers Morgan, it is not “time for an amendment for the Bible and the American Constitution were well-intentioned, but they are inherently flawed.”

Whether Protestant, Jew, Hindu, Catholic, Buddhist, or of any organized religion, there are values and a divine guidance, something bigger and better than ourselves that can enhance our lives.

This election period has seen more violence, more Godlessness, more changes in our social fabric. As many express, this isn’t republican vs. democrat, liberal vs. conservative. It’s God-given freedoms vs. Socialism.

I hope that whatever your religious basis, life brings you peace and contributes to the betterment of yourself, your family, and the country we all love as conceived by our founders.

May God keep and bless our President Trump, and guide him to better oversee our country, its people, and our sovereign way of life.

See more of our founding father’s thoughts and prayers HERE in Part 1.