Why Care About a Country You Never Heard of? 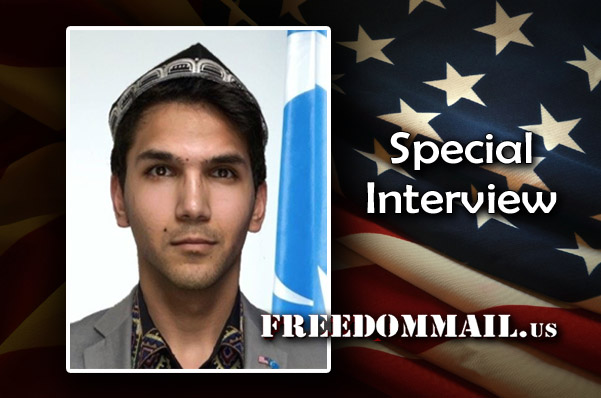 A sermon by the seventeenth-century English author, John Donne, implanted the idea that “No man is an island.”

We exist because of others. We depend on others. Our family, our neighbors, our countrymen. Peoples from far away lands all exert influence on our lives.

The great foods of one region, or the music and art from another can all enhance our daily existence. The political ramifications of an imperious regime can have devastating, long term consequences for others on distant continents.

Actions of the Japanese Empire rocked the world with war and death as did Fascist Germany and Italy. Vivid, haunting memories of the Holocaust still ring loud in the consciousness of those affected by the actions of brown-shirted torturers. Times and places we endeavor never to repeat.

Yet one world power with similar behaviors chooses to exert its power over the less fortunate, the defenseless people of one area many have never heard of. And why should Americans be concerned about a remote group of indigenous people thousands of miles away that aren’t currently supplying us with valuable oil, much-needed food resources, or cultural advantages? Because no country is an island. What happens in one area can be a precursor, a silent warning of things to come if preventative awareness and actions aren’t heeded.

One such country is East Turkistan who lives under the inhumane, tyrannical thumb of China. My thanks to its Prime Minister, Salih Hudayar, (bio below), for sharing their story with me and explaining the daily oppressiveness their people live under and how it could affect the world at large. From cultural destruction to camp imprisonment, torture and rapes, and localized nuclear testing, his words should serve as a warning of the many hidden actions and agendas of this Communist enslaver.

Also our thanks to Erbil Gunasti. An insider to the Trump administration, press secretary to 8 Turkish Prime MInisters, and friend of Turkey’s President Erdogan, he shared his insight into the precarious predicament of East Turkistan. You’ll find much more in his recent book “GameChanger: Trump Card: Turkey & Erdogan.” 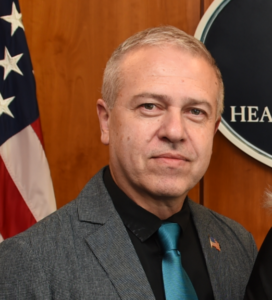 EG ~ ” In the 21st century, the plight of the Sincan Uyghurs will determine if there will be an Armageddon. In 1991, the disintegration of the Soviet Union handed the independence of Azerbaijan, Kazakhstan, Uzbekistan, Kyrgyzstan, and Turkmenistan. In the ensuing years, the modern Republic of Turkey made its move into Central Asia to embolden and empower these newly freed brethren republics.

After three decades, there are seven Turkic states. Together, they are soon to leverage their newly found union against China, Russia, and India. The goal is to bring Turks and Muslims in the region, dignity, humanity, and modernity that they deserve. No one knows how this will be achieved in the coming decades but for sure with the combined power of the Turkic states, under Turanism, if other overtures do not bring desired results.

China fears it. So does Russia. And no less India: Turanism is nothing to look forward to. In the 21st, century, it will surely become the modern version of the Mongol Empire that Genghis Khan built and domineered the world. Turanism with its faith to its race and religion, coupled with the fraternization of the sizeable portion of Muslims from Asia to Africa will become a formidable threat even to the combined power of Russia, India, and China, if it ever materializes because of fractures between them.

RB ~ The indigenous Uyghurs (pron. You-gers) have roots in the region as descendants of the ancient Sogdian traders. The Uyghurs are an urban people who settled in the oasis towns of the Silk Road – the main trade route between China and Russia. For many centuries, your area of the world was a relatively peaceful, independent nation. How did your geographic area, your nation, come to be, and then in the 1700s and 1800s things changed. Can you explain the major shift in your country’s structure then? 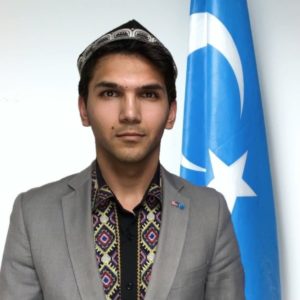 RB ~ Xinjiang (the New Territory or Frontier) has had many controlling groups including of course the Chinese but also the Russians. Does this cause any dramatic changes in the culture, or society in general or do the Uighurs maintain a steady connection to their past? 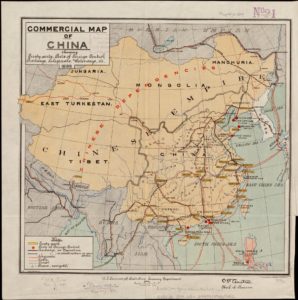 RB ~ You’re the Prime Minister of East Turkistan yet living “in exile.” Where you elected to the post and are you under threats if you return? How are other government officials dealing with this oppression?

SH ~ Officially founded in 2004, the East Turkistan Government in Exile is a democratically elected official body that represents East Turkistan and its people. I was elected as Prime Minister on November 11, 2019 at the ETGE’s 8th General Assembly in Washington, DC. I have constantly received numerous threats from China and its agents, I haven’t been able to contact my family in East Turkistan since the summer of 2017 due to my political activism and the Chinese government’s increasing harassment of my relatives. I have over 100 relatives that have been detained and sent to concentration camps and prisons since 2017 alone. I won’t be able to return until the time has come to formally declare East Turkistan’s independence. Other members of our governments are facing similar oppression, in fact our Vice-President’s two young children were killed by Chinese officials after he refused to cooperate with them. There is always a threat from China but it’s a threat that is upon our entire nation.

RB ~ Was it inevitable and unavoidable that the Chinese Manchu Empire would invade and occupy this once independent country?

SH ~ The Great Power competition between the Russian and British Empire in the 19th century greatly endangered East Turkistan’s survival as an independent nation and despite our leaders trying to balance our relations with these two empires, we ultimately were invaded by the Manchu Empire with the financial backing of the British Empire and became a buffer zone between the British and Russian Empires.

Why Care About a Country?

RB ~ What influences and changes did China exert over this once-peaceful civilization of about 20+ million indigenous people? Are the Uyghurs’ basic civil, religious, cultural rights being taken away?

Our thanks to the Prime Minister for his input, and in parts 2 and 3 we look at Chinese abuses of the people, their prison camps, and also their nuclear and biological testing.

What happens in other countries should be a warning to the U.S. as to the hidden agendas and future overt actions of an oppressor. An admonition, a prediction of what we could face here should we not take steps to halt their abuses, or protect ourselves.