“What Were You Thinking America?”

When historians look back on these times they may well be pondering the question of the day – “What were you thinking America?”

How can a country so blessed by God, so abundantly set apart from the rest of the world with wealth, beauty, peace, and with personal and community successes screw it all up so badly as to destroy itself.

We’ve all heard – or known – that “the love of money is the root of all evil,” and have seen its more reprehensible influences flourish in the past few decades. While people used to work hard just to gain enough to be economically stable, or some socially successful, today’s dictate is that you get as much as you can, as fast as you can, any way you can and the power that accompanies it.

Many adages were proclaimed over the ages, and while their presence in today’s society may be forgotten or ignored, their truth still stands. As said byJohn Dalberg-Acton, 1st Baron Acton of England:

In today’s society we might well substitute the word “money” for “power” as they are intertwined with deceit and treachery.

Many work hard to gain money because of their drive and goals of personal success, and their love of an ability to do good with their fortunes while others revel in the power that comes with it over men, companies and even society.

We’re all embarrassingly aware of the “Clinton Crime Family Foundation” and the illicit gains and power it fosters in order to allow a few to gain position and control over the populace. With one hand behind their back, they take money from who knows who and from where, while facing an audience saying  “We have to stop the endless flow of secret, unaccountable money that is distorting our elections, corrupting our political process, and drowning out the voices of our people.”

Is this the means by which elected officials are placed that was envisioned by our founders? Is this the proper and legitimate method of selecting and entrusting those who govern us?

When America chooses to trust liars and thieves, fraudulent, corrupt cohorts who scheme, manipulate and buy their way into power, they do injustice to the system, and to the positions these people hold, and America’s legacy is thereby forged in the fires of dishonesty and deceitfulness.

While today’s money and power are fostered from the greed that so often precedes them, the basis of our country, as sought and provided for by our founders, is also in peril: Our religious freedoms and ethics.

I’ve written before (“To God or Not To God”) about our forefather’s credence and bedrock intentions of having a country based on an open and free belief in God, his powers and place in society. But over the last few decades, and most recently, those desires have been eroded and flushed into the sewer of humanity which now leads and lives in this great land sucking the resources from our coffers of hard work and belief.

Daily we see the rejection and dissolution of God in our schools, the banning of freedoms in the church with directives from the government about what to believe and how to preach an “acceptable” message to the masses. We see the assault on businesses that are told you must go against your religious beliefs in order to own and manage your own trade and economic property as for you, the “State” will direct your endeavors.

We’ve seen continuing mismanagement of our national security with either “social agenda” or “patriotic ignorance” taking charge of a most vital part of our daily lives. Dangerous criminals bent on destroying this country being released from custody for the sake of “making nice” with the enemy.

Precarious negotiations with treacherous, untrusted governments with evil intent for the sake of personal legacy and continuing power – all against the will and best interests of the American people – and elected officials continue to allow it, condone it, or even facilitate it. The weakness of our leaders and the decay of moral foundation will culminate in the downfall of the best country on earth.

Our government leaders promote people into positions of power and accept their groups as “peace loving and American” when we see for ourselves that their actions and efforts are for the destruction of America. Then they say nothing when these exalted leaders are caught in sting actions for criminal activities, pedophilia or running child sex rings.

Citizens groups determined for a free America and spreading truth, or individuals fraught with times of economic devastation and little or no work find themselves hounded by the IRS, while others, community leaders, who owe millions in taxes are applauded, invited to the white house for meetings and dinners and their social sins overlooked in consideration of race and potential support.

We see a youth commit robbery and assault on a store owner, then assaults a police officer trying to steal his gun, and potentially do hard, then runs away and comes back charging the officer. He is killed in defense…. And the family and community want to put up a plaque honoring the youth.

There’s not a more moral arena than the treatment of our fellow man, and our children. More and more the depraved actions of a misguided society are acceptable and even lauded as we move down that road of personal and societal destruction. The links between morality, liberty and humanity have been known for centuries and in the mid 1800’s was seen as something we seem to be missing today. To quote Lord Acton again:

“Liberty becomes a question of morals more than of politics.”

And when he said “…Morality depends on liberty,” we have only to realize that without liberty we have no morality and certainly today without morality, we have no liberty.

And this moral, ethical degeneration is evidenced in the lives our leaders and even the educators who are untrustworthy with our children’s futures.

An academic conference held at the University of Cambridge invited Tom O’Farrell, a known child sex offender and campaigner for the legalization of sex with children to speak. His comments were that “pedophilia interest is “natural and normal for males.” He later wrote that conference had been “wonderful” and “it was a rare few days when I could feel relatively popular!”

We see more and more teachers having sex with underage students and being exempt of moral responsibility due to society’s acceptable of “circumstances” and “situations.”

We see government control exercised through new laws and practices. US Common Core standards now require sexuality education from kindergarten through grade 12. To qualify for federal grants from the US Department of Education, public schools must adopt Common Core standards. And the path to teaching delicate subjects is lined with communal goals and mores, not logic and decency.(*)

“Starting in kindergarten, students will be taught about same-sex or gay marriage and the parents will not be able to opt out,” Andrea Lafferty, president of the Traditional Values Coalition, told CBN News.

Today, any “confused” or “misguided” child can become Transgendered overnight and accepted as the new norm even to the point of new laws providing restrooms for those “not sure” of who or what they are in life… but 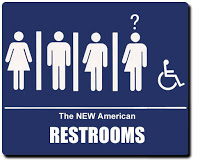 A New Jersey teacher has her 3rd grade class write Get Well letters to a convicted murderer but shows no compassion or explanation to the students of the Philadelphia police officer he killed.

There are many who cast a doubtful eye on the “moderate Muslims” in our midst seeing the death, torture, destruction many in their army of “religion of peace” so openly display, so being cautious is warranted and yet, a Massachusetts school district took a group of school children for participation in midday Muslim prayers during a field trip to a Boston-area mosque.

Parents were told their children would be learning about the architecture of a mosque and they would be allowed to observe a prayer service. But the students wound up being given a lecture on the Prophet Muhammad – a pedophile of his time.

Per her directive, we can no longer teach that “America is the land of opportunity,” or “I believe the most qualified person should get the job.”

Other sayings deemed unacceptable include:
● “Everyone can succeed in this society, if they work hard enough.”● “Where are you from or where were you born?”● “Affirmative action is racist.”● “When I look at you, I don’t see color.”● “America is a melting pot.”

Og Mandino’s concept was that “to be successful, you only have to be a small, measurable bit better than mediocrity.” And yet today, being mediocre in deeds and thoughts and responsibilities is to be acceptable, even rewarded.

Society as a whole has succumbed to this acceptance of mediocrity, violence, misbehavior and anti-American actions and rhetoric. In recent Baltimore riots, the Mayor wanted the police to “stand down” and allow citizens to vent their frustrations and have them allowed to loot saying, “Let them loot, it’s only property.”

A CNN reporter, Fredricka Whitfield , described a recent attacker on the Dallas police station as “courageous and brave.”

During Katrina, Celine Dion Told CNN’s Larry King, “You know, some people are stealing and they’re making a big deal out of it.” And, “Oh, they’re stealing 20 pair of jeans or they’re stealing television sets. Who cares? They’re not going to go too far with it. Maybe those people are so poor, some of the people who do that they’re so poor they’ve never touched anything in their lives. Let them touch those things for once.”

With all this engineered acceptance and lack of morals and social responsibility by the media, the teachers, our leaders, is it any wonder that scandals like the Clintons go unpunished, undiscussed, unrecognized with the impunity and dismissal of an 8 year old stealing cookies at a picnic?

When the president of the United States repeatedly tells millions that they can keep their doctor, keep their plan in order to sell his socialistic healthcare and then it’s revealed that it was a lie, fostered in the bowels of deceitfulness otherwise “we never would have gotten it past the people.” Lying becomes the norm – the standard.

Or he continually tells the media and the public that he doesn’t have the legal authority to grant access or amnesty to millions of immigrants because of the law – and then goes ahead and blatantly does it with the acceptance of the smiling masses waiting on their green cards, free housing and congressional paychecks.

In the future as generations of Americans sit under the weight of an economic pile of a third world poverty, or live under the tyranny of a powerful, oppressive regime, they’ll be some who look back at our current days of incessant  crime, corruption, deceit, deal making, thievery, lying, immorality, lawlessness, social nefariousness, and illogical political correctness. They’ll ask themselves…

“What were you thinking America – or were you?”