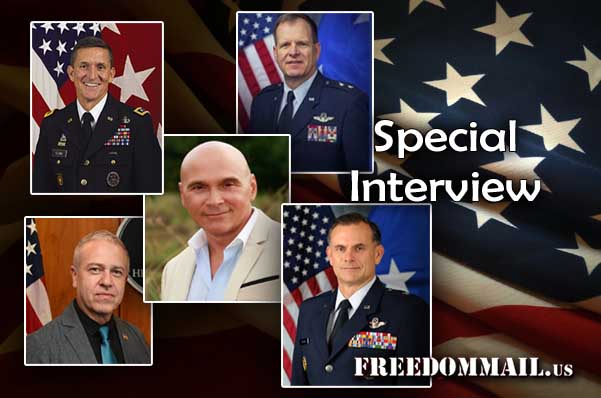 The variety of reasons for Putin’s penetrating aggression are as varied as the exploding bombs and missiles littering the countryside and just as dangerous. His life’s goal: “the reassembly” of the previous Soviet Union, even while some question the current mental competency of this former KGB protagonist.

But the most decisive and crucial surprise for Putin has been the resolve against his incursion; the resistance; the residual enduring, personal patriotism of the Ukrainian people – the unrealized force against would-be occupiers. All with a deep-rooted, well ingrained allegiance to their country discovered through generations of forced infringements.

Everyday people, shop owners, fathers and sons, and government leaders standing up, standing together, taking up arms again this invasion, hurling homemade Molotov cocktails against the steel of armored personnel carriers and the tanks of tyrants.

While in America, we might find masses of war loving, but military hating socialites and bureaucrats running for their country homes or boarding private jets for safe havens of retreat; true nationalistic defiance is evidenced in Ukraine by its many Parliament members like Kira Rudik, who take up arms to fight.

Kira has said, “Yea, I will be willing to shoot and kill someone in defense of my family, and my city, and what I possess, and the land that we all love. I don’t understand why the Russians come to our country… why it’s fair for them to get in and try to instill their power. That’s why I will have to fight. People around me and people here in Kyiv are ready to do that as well.”

If war were to visit our shores, would President Biden withdraw to the soaring safe flight of AF One, or to the refuge of a Greenbrier bunker? Would he be the leader we can rely on to protect us? Or excuse us? Many leaders in the time of conflict grab their country’s wealth, bundle their bags of gold and ill-gotten cash heading for foreign lands seeking a seaside sanctuary.

The Ukrainian President, to his credit, is grabbing his weapons, standing firm in the face of certain capture and potential death, saying in his video, “We are all here. Our military are here, as are our people and whole society… defending our independence and our country. And we’ll go on doing that. Glory to our defenders! Glory to Ukraine.”

Vitali Klitschko, the mayor of Kyiv also said he will stand and fight for his city alongside his brother Wladimir. “I don’t have another choice.” Another citizen of Kyiv said “I’m not good with guns but I’ll use a kitchen knife to kill Russian soldiers.” Can you imagine an AOC, Nancy Pelosi, or Bernie Sanders standing resolute against an enemy – or rather calling for a beer summit and equity rally in Aspen?

Parliament member Sviatoslav Yurash reported Friday morning that “We are giving anyone who wants to help Ukraine fight, a chance to do that. We are arming people who will be taking that fight to the Russians in every way.”

While people in this country search out safe spaces, equity treatments and social gender justice, blood drenched citizens in other lands deal with dangerous and bellicose realities from those who would inflict life changing, life threatening challenges accentuated by the screech of air raid sirens, fire spewing rockets, and the choking stench of chemical gas.

Are we living soft in America? Has patriotism’s passion abandoned us opting for an easy life? Have we succumbed to the lullaby of “free,” instead of lauding freedom’s light? Do we support the sanctity and spirit of our rewarding republic, or bow to the kneeling folly of a football player?

In response to this article, high-level military and intelligence contacts have offered their thoughts on this aggression and our own continuing national response to our adversaries.

“President Putin calculated this strategic, historic, and geographic play and made the decision to move, and he did. All that stated above, there will never be justification for this invasion or any other form of invasion. However, never forget that war results when diplomacy fails.”

“We must sanction the Chinese who are supporting the Russians. Our defense must focus deterrence through strength with the bedrock of military capability firmly established in our nuclear forces.”

“The U.S. Government along with the G7 Nations failed the people of Ukraine and Europe. It’s clear that these world leaders all knew that Putin had invasion plans, but all were timid and inept to intervene in any real way. It’s evident to me that each had their own political agenda, and now the rest of the world will suffer for years to come! Globally America’s credibility has been lost! Our adversaries are getting ready to advance as well. “

“America betrayed Ukraine. The Globalist Obama did it to America in Georgia in 2008 and again in 2014 in Crimea. Now the Globalist Biden is continuing on the same path by doing it to Ukraine one more time. Luhansk and Donetsk were not the target, only beach head.”

Some 150,000+ Russian invaders have felt the sting of rifles and anti-tank missiles, but they’ve also met the true resistance – the genuine wall of challenging opposition – the intense will and strength of the Ukraine people. The lesson President Putin will learn, if he hasn’t considered it yet, is that overrunning and killing a few hundred or a few thousand citizens cannot be equated to his own human cost of containing and controlling 40,000,000+ passionate, freedom loving people resistant to, and willing to fight against, brutal oppression.

“The Ukrainian people have tasted freedom and they’re not going to let it go.”

This battle over this country’s treasured sovereignty, should be a worldwide reminder that evil exists; it’s unrelenting in the lengths to which it will throttle its power against peace and freedom. And the resistant resolve of the common man spread throughout the city streets and farm filled landscape of Ukraine’s nation-state should be the educator of passionate commitment; the filter through which we must see and recognize the dedication of an individual’s desire for freedom; the true weapon of peace lying wait in the people’s army of Ukraine.

My sincere thanks to these contributors who not only took time to give their input, but have served our country in the fight for freedom and security. Web searching their names will give links to their current activities, organizations, authored works and more.