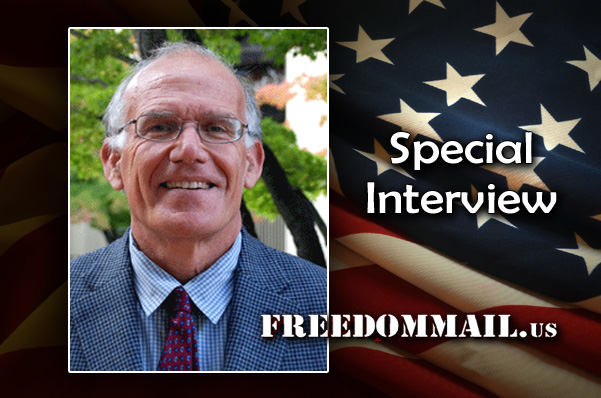 More and more in today’s society, knowledge is power. Accurate knowledge, factual knowledge. And as the world is warring around us, groups plotting against us, as countries invade ours with thousands of immigrants, cyber attacks and terrorists, it’s incumbent on all of us to be informed with timely and accurate information about our enemies.

Some of those enemies are open and blatant. Our own governmental officials seek to destroy us from the sanctity of their elected caverns in Washington. Others strive to manipulate our society through their control of the public airwaves and printed pages, or through the textual expressions, we’re allowed to read on our computer screens called social media.

In considering and writing about issues, it’s always been this writer’s goal to seek out those front line resources with first-hand knowledge, information, and valued opinions allowing us all to have exposure to life’s truths, not conjecture.

One such reliable authority is Dr. Victor Davis Hanson. A learned individual who deals in facts and realism, not partisan fantasies and fiction. He is an American classicist, military historian, and columnist. He has been a commentator on modern and ancient warfare and contemporary politics for National Review, The Washington Times and other media outlets.

Dr. Hanson is a professor emeritus of Classics at California State University, Fresno; the Martin and Illie Anderson Senior Fellow in classics and military history at Stanford University’s Hoover Institution; and visiting professor at Hillsdale College. Hanson was awarded the National Humanities Medal in 2007 by President George W. Bush and was a presidential appointee in 2007–2008 on the American Battle Monuments Commission.

We take a quick look at a couple of topics on the minds of average America:

RB ~ America has from its infancy been a strong, independent and guiding country. A strong military to support other countries. A constitutional pattern to be copied by others. A country filled with caring, compassionate people willing to lend a hand or a dollar to help others. With so much newly created racial strife, so much economic class divisiveness, so much selfish partisan pressures tearing the fabric of truth and reality, Dr. Hanson, “How the hell did we get to this point in this great country?”

Dr. VDH ~ “Traditionally and historically Western societies struggle most during times of affluence and license, one of the trade-offs from successful consumer capitalism and democratic freedom. We are the richest and most free in our history and yet still require the influence of religion, the local community, the family, and the nation to remind us not to do what otherwise is legal and within our economic means. Self-restraint is needed to remind the citizen that what is legal and possible financially is not what is always moral and necessary.”

RB ~ With the growing numbers of undocumented immigrants willing and able to cast an illegal, yet decisive vote; with growing trends of acceptable voter fraud; with unresponsive representatives that won’t answer phones or emails; with other acts like partisan, vote switching gerrymandering, combined with anything else the left can achieve, how is the average American to cope with not having his vote count and what can they do to keep balance and lawfulness in our government?

Dr. VDH ~ “The voter will have to ignore preemptory accusations of ‘racism’ and ’nativism’ and insist on monitoring our elections and voter registration, and, ultimately, to strive to ensure immigration as legal, diverse, meritocratic, and measured to accommodate the old idea of rapid assimilation and integration that ensured immigrants were diverse politically. The present tribal idea of the salad bowl leads only to the former Yugoslavia or Iraq, as we see from the Democratic primary field’s obsessions with race and gender identities and victimhood.”

RB ~ It appears these days that politicians have no soul. They have no moral compass but instead choose to lie, maneuver, cheat their way into society to increase whatever personal gain they can through political office, paid for by the very people they proclaim to help, yet steal from through any means possible. With 73% of black children born without families, are we losing the parental foundation of a good society? Are societal trends failing us?

Dr. VDH ~ “Soaring illegitimacy was not just an African-American phenomenon but affected all groups and is attributable to a variety of factors apparent in popular culture that discourage marriage, child-raising, male responsibility, home ownership, etc. Everything from declining church attendance to the state entitlement industry discourages traditional ideas about the nuclear family. We have to make it “cool” again for men to accept their responsibilities, grow up, and quit this cycle of prolonged adolescence that turns 30-year-olds into veritable teen-agers.”

RB ~  With your background in military history, does this week’s prudent resolve on the part of Trump to not kill Iranians add to, or take away from his presence as a strong leader in your opinion? And will it result in a stronger negotiation with Iran in the end or just provide a weakness for the media?

Dr. VDH ~ “It depends on what follows. Iran is imploding under the sanctions and is desperate to do something provocative to derail Trump in 2020 and thus see the return of the sort of appeasement that characterized the Iran deal. Trump has now shown the world that he can stay sober and judicious in the face of provocations. If Iran next kills Americans, he will retaliate disproportionally and likely have domestic and world opinion on his side, given his loud prior shows of restraint. In general, we have all the cards; Iran none. The status quo is destroying the Iranian economy, while ours is booming, so expect desperation on their part.”

Our society is constantly changing. Partly through normal evolutionary change; partly through manipulation; partly through lack of concern on the part of those who lead and those who follow. Everything has become political and controversial. Years ago you could go days without thinking about a political subject or partisan discussion. Not it’s hard to get through an hour without someone raising some life-changing – or life-affirming social issue, government fiasco or scandal.

Our thanks to Dr. Hanson for his time during a busy schedule, and we look forward to discussing more as time and topics permit.